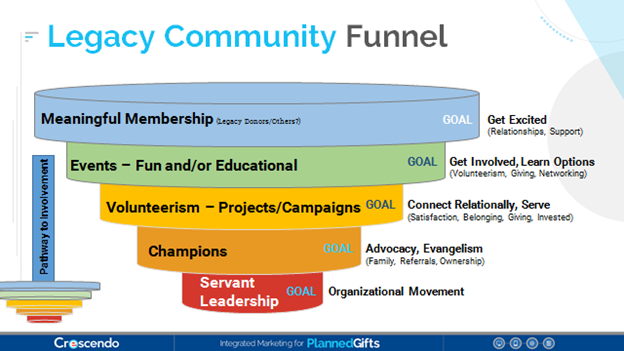 When seeking to improve your planned giving program, focus first on putting together your game plan by creating two key moves management strategies: 1) a bequest marketing funnel, and 2) a legacy funnel. Yes, there are other important pieces to developing a planned giving program, but a clear game plan should be front and center. Your marketing and legacy funnels will help you visualize the plan.

Why funnels? Funnels provide fundraisers with “game plans” to move donors forward to making greater commitments in small steps over time. The goal of a legacy funnel is to turn your newly committed donors into your organization’s future champions. A legacy funnel is designed to move individuals forward using smaller commitment steps along the way.

Securing a bequest commitment is a wonderful thing, though it often starts out small. Your approach with donors who have committed bequests or beneficiary designations to your organization—often as a pledged percentage amount—can make a big difference. Many of your bequest donors will increase their giving over time.

This is another reason for investing in and growing your legacy community. Annual, major and more complex planned gifts often start from simple bequest commitments. A legacy community opens the doors to future involvement and larger giving. Your future champions often emerge out from this group, so forming a supportive legacy community with a clear pathway to involvement is vital.

Your future champions will be your greatest referral network and catalysts for many of the larger gifts to come. They may also be your greatest donors, depending upon their capacity to give. One thing for certain is they think very positively of your organization. Affinity is not a problem with champions for your cause.

Do you have a legacy community? If so, do you have an ultimate goal for your members? Have you seen any emerge as champions? What steps could you insert to move your donors along a pathway to involvement? Share your comments below. We are happy to hear from you 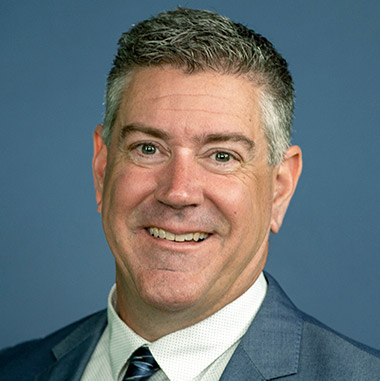