The ACGA is a nonprofit organization formed in 1927 to aid and educate charities regarding Charitable Gift Annuities (CGAs) and other planned gifts. The organization periodically publishes suggested maximum charitable gift annuity payout rates, which are followed by about 97% of organizations offering CGAs.

On May 7, 2020, the American Council on Gift Annuities (ACGA) voted to publish a new suggested maximum rate schedule. The new rate schedule will be effective July 1, 2020. Rates will generally be reduced 0.4 - 0.5%, based on the age of the annuitant or annuitants.

The ACGA announced that the suggested maximum payout rates will be lowered due to the current economic climate in the face of the global pandemic. In a video posted on the ACGA website, David Ely, Chair of the ACGA rates committee explained, “In November, when we last looked at changing rates the 10-year Treasury was around 1.5[%]. The current 10-year Treasury yields about 0.6%. We have also seen a similar dramatic decline in short-term interest rates. T-bills, back in November, were yielding around 1.5[%] as well and T-bills currently yield about 0.1% as the Fed has taken dramatic actions to help alleviate some of the severe economic impact that we have seen as part of the global pandemic.”

With a CGA, a donor can make a gift to a charitable organization, receive an income tax deduction in the year of the gift and receive fixed payments for life. The amount remaining at the end of the annuitant’s life--the residuum--then passes to charity. The ACGA’s suggested maximum rates target on average 50% of the original funding value as the residuum to charity, making the standard ACGA rates popular with charities. When considering the 50% residuum, it is important to note that this is a target for a charity’s pool of annuitants as a whole.  A single CGA contract may have a donor who outlives life expectancy or who passes away before life expectancy.

The target residuum is 50% of the value of the current gift, measured in present day dollars. Since 2011, the ACGA rate schedules also require that the present value of the residuum be at least 20% of the original contribution. This requirement attempts to account for the effect of inflation and the time value of money. The ACGA suggested maximum rates for those age 59 and younger are reduced as an effect of the 20% present value calculation.

If a donor wishes to claim a charitable income tax deduction for creating a CGA, the IRS requires that the present value of the CGA remainder must be at least 10% of the original contribution value. In order to calculate the donor’s charitable deduction, which is equivalent to the present value of the remainder interest, the IRS currently requires the use of the 2000CM mortality table. While not a life expectancy table itself, this mortality table determines the probability of living from one age to another and may be used to construct a life expectancy table.

For ACGA rate and residuum purposes, a different mortality table is used. The 2012 Individual Annuity Reserving Table (2012 IAR) is recommended by the National Association of Insurance Commissioners (NAIC) and is designed to reflect annuitant mortality more accurately. This newer table takes into account advances in science and medicine that are not present in the IRS 2000CM table.

It is important to remember that the IRS table is used to determine a donor’s deduction for income tax purposes, while the ACGA’s intent is to most accurately predict the amount projected to go to charity at the end of the annuitant’s life. The table that is used by the ACGA, the 2012 IAR, will project greater longevity for donors, and thus a lower charitable residuum. The ACGA suggested maximum payout rates reflect the effect of the 2012 IAR table.

The ACGA takes into account current life expectancies, market return, investment expenses and the charitable remainder when determining suggested maximum payout rates. Charities are wise to follow these rates as they change in order to ensure there is a residuum for the charity after the CGA contract ends.

Some charities may choose to reduce rates early or may allow higher rates to continue for a period of time after the ACGA rate schedule goes into effect. However, charities should proceed with caution if considering this route. Many states regulate charitable gift annuities. When a charity is located in a highly regulated state or is issuing CGAs to annuitants that are located in a regulated state, deviation from the current ACGA rate schedule may require notification to the insurance department of that state. In California, for example, a charity following the ACGA rate schedule may decide to offer a higher rate to a donor than is published by the schedule, but that higher rate must be disclosed to the California Department of Insurance in writing. Donors must also be made aware if the charity is not adopting the lower rates. Additionally, all rates must be uniform. Therefore, if a higher rate is offered to one donor, it must be offered to all.

These are some factors to take into consideration when offering rates that differ from the ACGA recommended rates. According to Ely, “ACGA strives very hard to balance the suggested payout rates, taking into account good gifts for the charities, but also good gifts for the donors.” 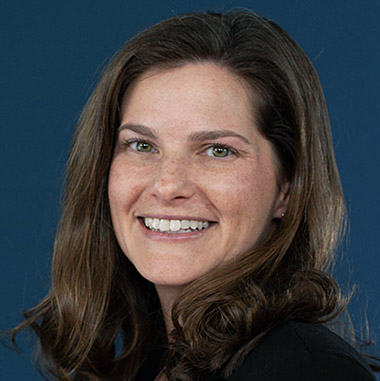